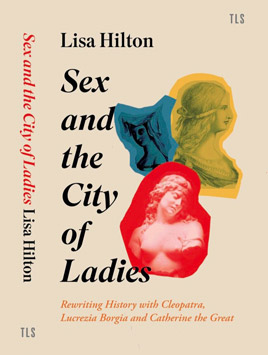 Sex and the City of Ladies

In 1405 Christine de Pisan took up the pen to defend her maligned sex. Her book, The City of Ladies, was built around preserving women’s reputations from the slights and misunderstandings of history. In it the author is visited by three spirits – Justice, Rectitude and Reason – who guide her in sifting through countless lives, in search of worthy citizens.

Over 600 years later, the historian and novelist Lisa Hilton picks up the book and promptly falls asleep, only to be visited by three great women from history: Cleopatra, Lucrezia Borgia and Catherine the Great. And they aren’t happy. Having found themselves barred from the original ‘City of Ladies’, they want to know why. And isn’t it time, they ask, for a new author to take up the pen?

What follows is a reassessment of the past, in which deeds and reputations, rumours and reality are held up to the light, and history is wrested back from the distortions of misogyny.

“A witty and wonderful woman’s-eye view of three of history’s most maligned female power brokers” – Hallie Rubenhold, 2020 Baillie-Gifford-Prize-winning author of The Five

‘The resplendent sex symbol of the splendid century’… The reign of Athenais de Montespan as principal mistress of Louis XIV corresponds with the most glorious period of the Grand Siecle. Athenais was ‘the true Queen of France’, symbol of a dazzling French culture in the seventeenth century. As a lover, she risked the disgrace of double adultery to conduct an affair which scandalized Europe; as a patron she supported many of the leaders of the cultural renaissance including Moliere and Racine; as a mother she is the ancestor of most of the royal houses of Europe. The greatest beauty of her day, Athenais lived her life publicly and sensationally until accusations of witchcraft forced her from power in the ‘Affair of the Poisons’, a mystery which remains unsolved. She fascinates not only because she achieved power at a time when it was denied to most women, but because she achieved that power through her manipulation of a prescribed role. 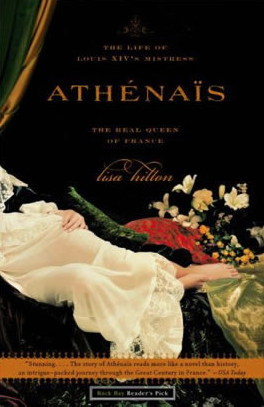 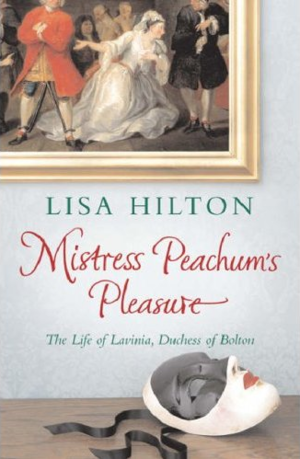 Mistress Peachum was Lavinia Fenton, an eighteenth-century actress who was the original Polly Peachum in John Gay’s play The Beggar’s Opera and became the Duchess of Bolton.

Raised in a Charing Cross coffee-house, Lavinia became an actress, and though she was a newcomer to the stage when she was chosen to star as Polly, her combination of a sweet voice, a pretty face and a knowledge of the seamier side of London life made the role her own.

Both Lavinia and the play were overnight sensations, but she enjoyed only a few months of fame before she caught the eye of the Duke of Bolton, a married, indolent and childless aristocrat. The Duke was determined to make her his mistress, and she agreed to elope with him, exchanging the rackety glamour of life as London’s most celebrated actress for twenty years of retirement.

Lavinia gave the Duke three sons, but when she was left a widow she chose her own way once more, and scandalously threw away their fortunes on her younger lover.

“Hilton’s book is refreshing both in the lightness of its touch and the vividness of its descriptions… This is a portrait of an age, written with gaiety and an irreverence that would have delighted John Gay and his friends.” – The Sunday Times

“[a] scintillating read and vivid picture of the age.” – Sunday Express

England’s medieval queens were elemental in shaping the history of the nation. In an age where all politics were family politics, dynastic marriages placed English queens at the very centre of power – the king’s bed. From Matilda of Flanders, the Conqueror’s queen, to Elizabeth of York, the first Tudor consort, England’s queens fashioned the nature of monarchy and influenced the direction of the state. Occupying a unique position in the mercurial, often violent world of medieval state-craft, English queens had to negotiate a role that combined tremendous influence with terrifying vulnerability.

Lisa Hilton’s meticulously researched book explores the lives of the twenty women who were crowned queen between 1066 and 1503, reconsidering the fictions surrounding well-known figures like Eleanor of Aquitaine and illuminating the lives of forgotten figures such as Adeliza of Louvain. War, adultery, witchcraft, child abuse, murder – and occasionally even love – formed English queenship, but so too did patronage, learning and fashion. Lisa Hilton considers the evolution of the queenly office alongside intimate portraits of the individual women, dispelling the myth that medieval brides were no more than diplomatic pawns.

From Eleanor of Castile’s eccentric passion for fruit to Anne of Bohemia’s contribution to the Protestant reformation, Queens Consort is a provocative and dramatic narrative which redefines English history in terms of an exceptional group of women whose personal ambitions, triumphs and failures helped to give birth to the modern state. 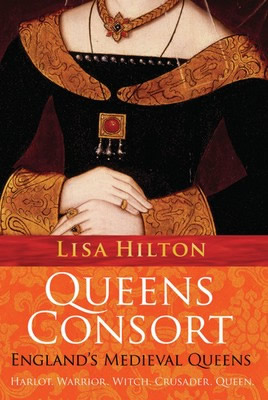 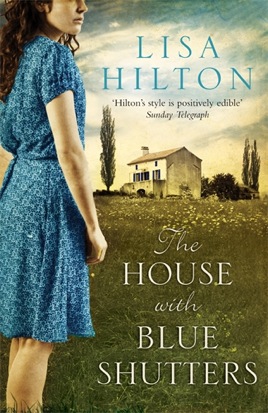 The House With Blue Shutters

An evocative first novel about forbidden love and the power of secrets, set between Occupied France and the modern day.

CASTROUX, FRANCE, 1939. In a bare farmhouse on a windswept plain above the village, Oriane, orphaned at thirteen, lives in desperate poverty. When the Germans invade, Oriane finds work in a Nazi barracks while her fiancé joins the Resistance. Their simple world is thrown into chaos. Casual brutality is common; rebellion is imminent; revenge will be swift and severe.

CASTROUX, FRANCE, 2000. In an idyllic gîte overlooking the quaint village church, British expat Aisling frets about her chocolate parfait, determined to impress her brother-in-law’s glamorous fiancée Claudia. But Claudia couldn’t care less about chocolate parfait. She’s pregnant by another man and terrified of the future. She confides only in an elderly neighbour, Oriane, and discovers that she too once carried a shameful secret – from which she still bears the scars.

THE HOUSE WITH BLUE SHUTTERS. A place that has witnessed the horrors of wartime, the petty concerns of peacetime, and the secrets that bind past and present. A place where history echoes off every wall…

Queen Elizabeth I was all too happy to play on courtly conventions of gender when it suited her “weak and feeble woman’s body” to do so for political gain. But in Elizabeth, historian Lisa Hilton offers ample evidence why those famous words should not be taken at face value. With new research out of France, Italy, Russia, and Turkey, Hilton’s fresh interpretation is of a queen who saw herself primarily as a Renaissance prince and used Machiavellian statecraft to secure that position.

A decade since the last major biography, this Elizabeth breaks new ground and depicts a queen who was much less constrained by her femininity than most treatments claim. For readers of David Starkey and Alison Weir, it will provide a new, complex perspective on Elizabeth’s emotional and sexual life.  It’s a fascinating journey that shows how a marginalized newly crowned queen, whose European contemporaries considered her to be the illegitimate ruler of a pariah nation, ultimately adapted to become England’s first recognizably modern head of state.

“It is refreshing to be confronted by challenging arguments instead of tired anecdotes. This biography is also full of unusual insights… Hilton takes an admirably unsentimental view of Elizabeth’s necessary ruthlessness, while the chapters on Russia and Turkey help place her rule in its wider international context” – Spectator

“A splendid book” – The Times 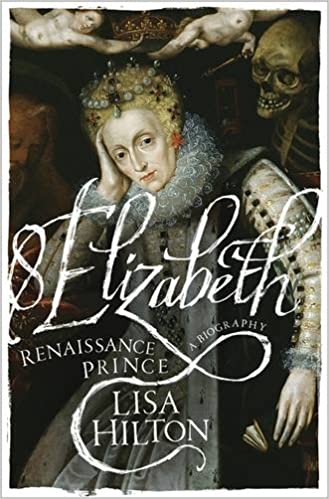 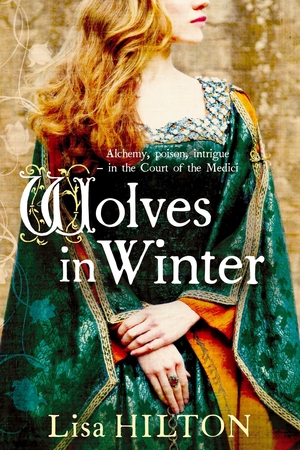 Orphaned by the Spanish Inquisition, Mura Benito is sold as a slave in fifteenth century Florence. Discovered in the Medici Palace by the alchemist Marcello Ficino, Mura learns that her magical heritage makes her a precious prize, but the French invasion of the city sends her to Forli, as the servant of Caterina Sforza, the notoriously beautiful and promiscuous “Lioness of the Romagna”.

Besieged by Cesare Borgia, Mura and her mistress play a tense game of treachery…

Stretching from Toledo to Rome, “Wolves in Winter” is a vividly researched historical drama of love, betrayal and witchcraft.

The Horror of Love

“Why do all my daughters fall for dictators?”

The Horror of Love is a story about two middle-aged, not particularly attractive people who conducted a less than ideal love affair in post-war France. She was febrile, needy and given to “shrieking”, he was pompous, acne-scarred and an incorrigible philanderer.

Both their lives had been blighted by war in a manner which is now almost inaccessible to the contemporary imagination.  He inspired and encouraged her to write one of the funniest, painfully poignant and best-loved novels of the latter twentieth century, she supported him through a tumultuous political career.

Their mutual life was spent amongst some of the most exciting, powerful and controversial figures of their times in the reawakening centre of European civilization. By modern standards, their relationship was a disaster, but The Horror of Love is a provocative, emotionally challenging book about a very different way of pursuing love.

With discipline, gentleness and a great deal of elegance, Nancy Mitford and Gaston Palewski achieved a very adult ideal, whose story will test and shock the reader as much as it charms.

“…smart and entertaining… Ms. Hilton brings the era very much to life…” – The Wall Street Journal 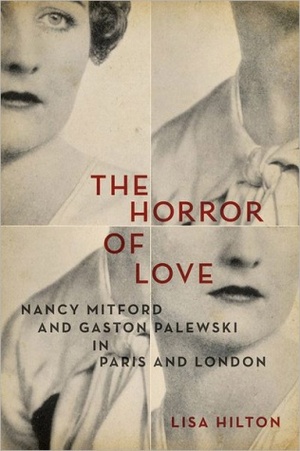 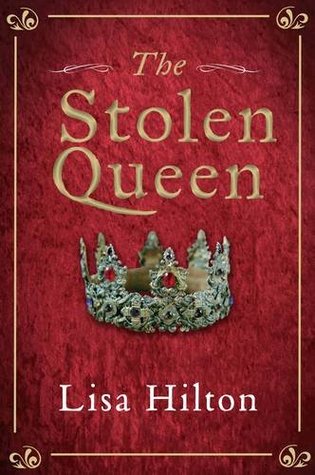 The year is 1199, and King Richard the Lionheart is dead, leaving his brother John to inherit both his French and English lands. Young Isabelle of Angouleme is betrothed to the son of her father’s enemy, Hugh de Lusignan, and taken to his castle to be educated, where she is initiated into the ‘Old Religion’. Isabelle is then told that she is to be married not to Hugh de Lusignan but to King John of England, in a complex and treacherous plot to gain the English succession. The Lusignans envisage an empire ruled by their young puppet queen, which will eventually oust Christianity and restore the Old Religion to Europe. But when Isabelle takes matters into her own hands, passions will rage and dynastic fortunes will rise and fall. Set against the vivid backdrop of the great political struggles of medieval Europe, The Stolen Queen will delight lovers of intrigue and adventure.

The Death of Cleopatra

Baroque painter Guido Cagnacci painted seductive nudes for sophisticated clients. Cleopatra represented a tempting challenge. Known for her sexual subterfuges, she was made famous by her defence of lover Antonio and by her contemptuous refusal to parade as a war trophy for the victorious emperor Octavian. But was suicide by snake venom a pain or a pleasure? These essays by writer Lisa Hilton and art historian Letizia Lodi shed light on her beauty and ambiguity.

This collaborative work was published to accompany an exhibition of Cagnacci’s work at the Brera, Milan. 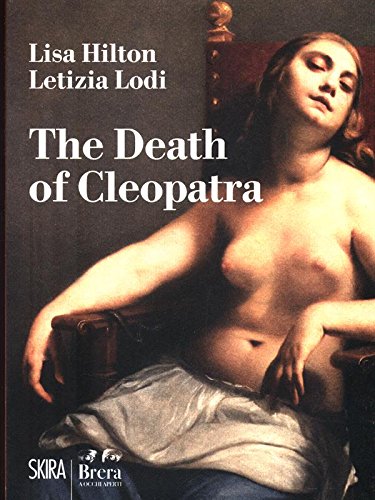